Sexual assault is a common occurrence.

Pew Research done in 2018 indicated that “Some 44% of Americans say they have received unwanted sexual advances or verbal or physical harassment of a sexual nature. About six-in-ten women (59%) say they have experienced this, while 27% of men say the same.”

We hear statistics all the time, and I think we become somewhat numbed by them.  They just don’t sink in and shake us in the way they need to.  So let’s put these numbers in context.

Next time you are in a restaurant for a meal, at the Friday night football game, or sitting in church on a Sunday morning, note the number of women in the crowd and note that every sixth woman you see, on average, will experience being raped or severely sexually assaulted.  That woman could be your sister, your Aunt, your friend, or you.

Violence in general seems to be going up in our country.  We think of gun violence as the thing that gets the most attention.  But sexual violence is also a major issue, and no context, no community, is free of its disturbing impact.

Many victims of sexual violence experience Post-Traumatic Stress Disorder (PTSD).  Research has varied numbers over time, but best data suggest that 30% or more of rape victims meet criteria for a diagnosis of PTSD long after the rape experience.  And even if someone does not meet full criteria, the reality is that just about all victims of rape land on the PTSD continuum somewhere.

Research also shows us that sexual assault contributes to the development of depression and anxiety in around 40% of victims.  If you are a victim of sexual assault, I suspect this data does not surprise you.  You know about intrusive dreams, reactive responses to unexpected touch, and the struggle to blot visual memories out of your mind.  You know the feeling of emotional exhaustion, the difficulties with trust, and the constant feeling of being on guard and vigilant at all times.  You know about increased irritability and about a general sense of ongoing malaise.

You also need to know that help is available, and that appropriate treatment can help you recover and regroup, making your future more livable and your relationships more stable.  If you are a victim of sexual violence, even if it was something that happened years and years ago, psychotherapy and sometimes the added help of good medications can help you find your way forward in healthier ways.

We have competent and caring therapists in all four of our locations - River Counseling Services in Platte, Sioux Falls Psychological Services, and Stronghold Counseling Services in Sioux Falls and in Yankton - who will meet you where you are, offering hope. That is our mission. You may schedule an appointment at the Platte office at 605-337-3444 or meet with one of our Sioux Falls or Yankton-based therapists from your computer, smartphone, or in person at any of our clinics. To schedule an appointment, please call 605-334-2696. 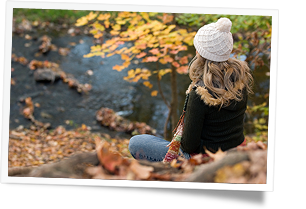